MOSI recently opened its newest exhibit, Target America: Opening Eyes to the Damage Drugs Cause. This exhibit created by the Drug Enforcement Administration has been seen by over 20 million people since it first opened in 2002 and started its national tour.

The exhibit’s main goal is to educate visitors on the dark side of drugs and their impact on the human body, families and on the world as a whole. The exhibit has also been expanded to educate visitors on Florida’s history as a drug gateway and local drug issues such as “pill mills.” As visitors enter the exhibit, the grim wreckage of a drug-related car crash greets them and immediately shows the damage drugs can cause to users and innocent bystanders. To the right of the crash wreckage is the section of the exhibit detailing the various ways drugs will damage the bodies of addicts. 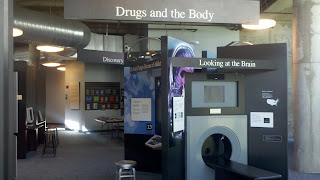 Throughout the exhibit, visitors can view informative displays on topics ranging from drug production to money trafficking as well as re-creations of an Afghan heroin “factory,” a jungle cocaine lab and a methamphetamine motel cook room. 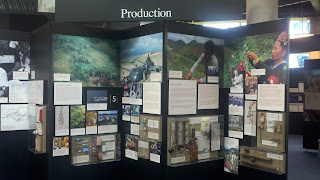 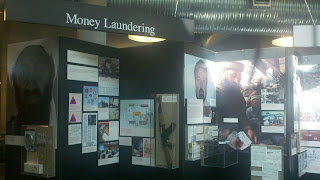 The damage to the environment caused by drugs is also featured in a section of the display which details the destruction left by drug production across the globe. 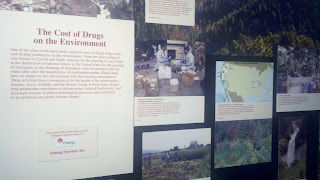 One of the most emotional sections of the Target America exhibit includes a wall of lost talent and two thick binders filled with stories of the casualties of drug use. Here, photos of celebrities and average people remind visitors that the danger of drugs does not discriminate. 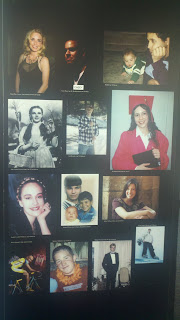 The final section of the exhibit has been tailored to feature Florida’s unique history and role in the war on drugs. Displays here include a quiz game on Florida’s role as a drug gateway to the United States, a display on the warning signs of a pill mill and a replica of a police surveillance operation for a drug bust. 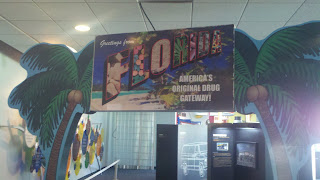 The Target America exhibit opened at MOSI on September 16th and will be open until September 3, 2012. This run will be the longest the exhibit has stayed at one location and serves as a reminder of Florida’s importance to the war on drugs. Previous stops for the exhibit have included: the Louisiana State Museum, the California Science Center and the Museum of Science & Industry of Chicago.

Click here for more information on Target America: Opening Eyes to the Damage Drugs Cause. For ticket information please call MOSI at (813) 987-6000.
No comments: